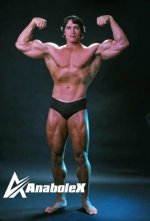 Arnold Schwarzenegger is the most well-known and popular professional bodybuilder of all time. He is also one of the most talented and gifted people of his era since he was involved in so many different things. In the fitness industry, we know him as a dominant 70's era bodybuilder, but many people know him also as an actor, former governor, activist, and businessman. His hero was Reg Park, one of the pioneers of bodybuilding and his nicknames were "Arnie", "The Terminator", "Mr. Freeze", "Ahnold", and others. His peak stats were 6'2'' and 235 pounds with just a 30" waist. He was born in 1947, just 2 years after the end of World War II. 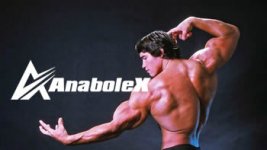 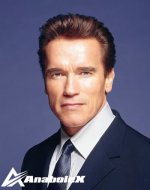 Arnold was born in Austria on July 30, 1947, to an Austrian father and Czech mother. He had an extremely strict father who engaged in abuse at home due to the shame of his actions during World War II. His father wanted him to be a police officer but his mother wanted him to pursue education. Arnold mentions he was able to lean on his loving mother and kept in touch with her throughout his life.

He played several sports including curling and soccer. One of his coaches took the team to a gym when he was 14 and that is when he fell in love with weight training. Arnold admits he was lean as a young teenager and was able to build up some muscle by doing a lot of Olympic-style lifting. He also used psychology and the mindset of mind over body to push himself to improve. When he would watch movies his idols were Steve Reeves and as mentioned earlier Reg Park in bodybuilding and John Wayne with westerns. 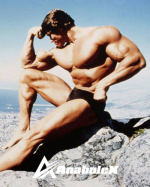 Arnold began competing at 17 years old but ran into a snag because he had to serve in the Austrian Army for a 1-year minimum. He skipped some of his basic training to compete at the Junior Mr. Europe contest which landed him a 1-week military prison sentence. His dream was to come to America one day even though he spoke very little English. In 1968, when he was 21 years old he realized his dream and trained at Gold's Gym Venice, California with some of the most well-known bodybuilders and athletes of that era. Joe Weider helped him with his expenses in exchange for magazine interviews, and Arnold was able to get his visa to work in the country and apply for citizenship which was granted to him in 1983.

Mr. Olympia and other major competitions 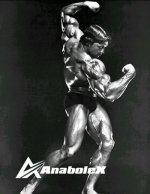 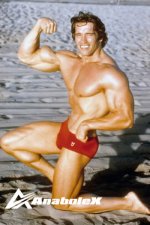 His career began to take off when he won the Mr. Universe in 1968 and 1968. Both of those competitions were in the United States which raised his profile outside of just Europe.

Arnold is credited with raising the profile of Mr. Olympia over the next decade by dominating it. The Olympia was just a few years old when Arnold showed up and it had been won by Larry Scott in 1965 and 1966, and then Sergio Oliva won it 3 straight years after that. In 1969, he was 2nd place to Oliva, which would be Arnold's only Olympia loss. At this time the 1st place winner only got $1000!

Arnold went on to dominate Mr. Olympia winning it from 1970 to 1975. He also made a comeback in 1980 by winning it in a close contest which was controversial, as people thought Chris Dickerson deserved to win, and that Arnold didn't deserve the victory. Most of the field were also angry and blamed conspiracy and politics, which led to competitors Boyer Coe, Frank Zane, Mike Mentzer, and Roger Walker boycotting the 1981 contest.

Say what you will about the mess of the 1980 Mr. Olympia but by now the 1st place winner was getting $25000 plus a lot of business opportunities and acting roles. Everyone can thank Arnold for that. 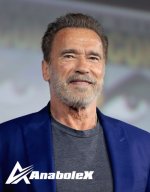 Arnold was able to use his bodybuilding physique and popularity to get movie roles. Oddly enough people told him he would never make it due to his hard-to-understand accent and ridiculous last name. He played a role in ‘Hercules in New York’ in 1970 and then 3 years later played a mobster hitman in ‘The Long Goodbye’. In 1976 he played a role in the movie ‘Stay Hungry and won a Golden Globe.

It was in 1977 when Arnold starred in "Pumping Iron" that he started to gain a reputation as a meathead who could be typecast and draw in the young male demographic hungry for action movies. In 1983 he starred in Conan the Barbarian which was a box office hit and the next year he starred in ‘The Terminator’ which was both a critical and box office hit. During the '80s both Arnold and Sylvester Stalone competed in action movies and rivaled each other. In the end, both were box office successes that filled Hollywood's coffers. By 1990, Arnold was making around $10M per movie.

Arnold also was governor of California, winning a recall election in 2003, then easily winning re-election in 2006. He was a popular governor early on in his career as an independent centrist, but towards the end of his tenure, his failures to pass his agenda and the housing crisis took their toll. He would leave the office with just a 23% approval rating having accomplished little. 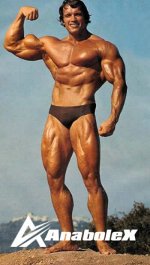 Arnold's marriage to Maria Shriver lasted from 1986 to 2017 with infidelity being rampant throughout the marriage.

Arnold has also been a major player in pushing for environmental causes and other philanthropy. 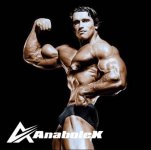 Arnold was known to train twice per day living in Southern California. He liked to lift in the mornings and evenings. Originally he focused on powerlifting where he would do cleans, bench press, squats, and deadlifts. His workouts would go 2 hours on some sessions and were brutal, but he believed in putting in the hours where after leg days he could barely walk.

When it came to nutrition Arnold kept things simple. He ate super clean 6 days a week. Brown rice, Vegetables, Proteins, and healthy carbs like potatoes. On Sunday's he might have a cheat meal like ice cream or a cheeseburger.


Arnold has admitted to using steroids and it was no secret that at that level you must use them.

There were specific types of steroids available at the time that he would have used, thus, we can speculate his 70's Golden Era cycle may have looked like this:

“I couldn't have done this thread without including the great Arnold Schwarzenegger. His movie "Pumping Iron" and his incredible Mr. Olympia run in the 70's, combined with his unique personality, and that accent; makes him easily the most well known, and popular, bodybuilder ever. Arnold put bodybuilding on the map, and it is because of him that so many of us decided to start lifting weights in the first place.”

“He's deffo the GOAT. Not for his titles - which have been beaten (although both the 8x didn't get the Mr U titles too) - but for EVERYTHING else.”

“Still one of my favourite physiques of all time. “ 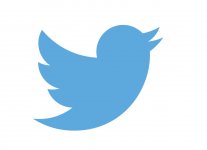 Gold
Arnold was a true bodybuilding legend, much respect to him.

Gold
Also this is a GREAT article @SteveSmi

Red
bros Arnold Schwarzenegger is the best bodybuilder of all time period.

Red
Arnold is amazing, he has the best look.

CEO said:
bros Arnold Schwarzenegger is the best bodybuilder of all time period.
Click to expand...

GHgut4life said:
Also this is a GREAT article @SteveSmi
Click to expand...

thanks and i agree more coming

Moderator
Would he have been better with modern use of PEDs?

Mobster said:
Would he have been better with modern use of PEDs?
Click to expand...

Moderator
Still the best in my opinion
You must log in or register to reply here.