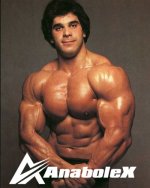 Lou Ferrigno is one of the most popular professional bodybuilders, actors, and coaches of all time. For TV watchers, he was best known as 'The Hulk' in the CBS series "The Incredible Hulk", which lasted for 5 seasons, and was well rated in the United States and Europe. For bodybuilding fans, you would recognize him from the early '70s when he was going against rivals Arnold Schwarzenegger and Serge Nubret at the Mr. Olympia and other competitions, along with a brief come back in the early '90s. At his peak, Lou was a large man 6'5'' and almost 300 pounds, hence why he was cast as 'The Hulk' over guys like Arnold who wanted that gig.

In this article we will go over his life and what steroids he may have used then and now. 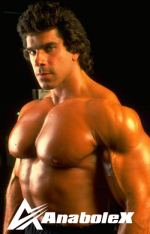 Born in Brooklyn, New York to an Italian family in 1951, Lou suffered from permanent hearing problems due to an ear infection he suffered. Kids in school bullied him due to this, and he used sports as an outlet. His favorite sport was weight training and he wanted to become like a comic superhero, so he started to lift weights at just 12 years old and would continue to sculpt his body throughout his teenage years.

When he was 20 years old he won the WBBG Pro Mr. America and was awarded the Most Muscular Title.

The next year, Lou ended up getting 2nd place at the NABBA Mr. Universe and WBBG Pro Mr. America in 1972.


When he was just 22 years old he won the IFBB Mr. America and Mr. Universe. The next year he also won the IFBB Mr. International and started training with his rival Arnold Schwarzenegger. They both would become household names over the next few years and compete against one another. 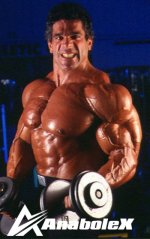 At the 1974 Mr. Olympia, Lou finished 2nd to Arnold, and in 1975 he finished 3rd to Arnold and Serge Nubret. Although Lou never won Mr. Olympia, his connection with Arnold helped pay dividends when he starred along with him in "Pumping Iron". This documentary helped launch both their acting careers, and if you haven't seen it I recommend you do. 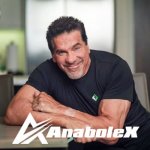 Lou's childhood inspiration to weight train was superheroes like 'The Hulk' whom he wanted to emulate. Thanks to his goofy personality and his massive size he would be the perfect guy to cast as this character. The hit tv show helped Lou make a lot of money and also raise his profile further, so he stopped competing in bodybuilding to work in Hollywood. Aside from The Hulk, he also was in Sinbad and Hercules. Although he never reached quite the same heights as Arnold did when it came to bodybuilding or acting, he still made a very good living for himself. 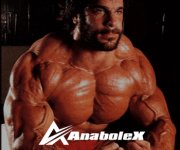 Lou always loved fitness during his acting career, and he would spend many hours training in the gym not just to look good for the camera but also for his well-being and health. In 1992, while in his early 40's, he competed at Mr. Olympia and got 12th place, then the next year got 10th place. The next year he got 2nd place at the Olympia Masters. 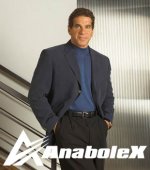 Lou helped celebrities from actors to entertainers by working as a personal trainer throughout his life.

One of my favorite pictures from his page is him next to Arnold. They both look really good!

Another thing I like about him is he is an animal lover and he talks about how his dogs will never do anything bad to you. 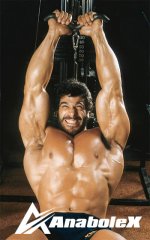 Lou has always said there is no excuse, no matter your age or level of experience, why you shouldn't lift weights 3X per week minimum. During his peak years, he followed a split routine as almost all bodybuilders do. This added up to training his muscle groups twice a week and doing around 4 sets and 8 reps per lift. It was popular during the '70s to train 6 days a week and take Sunday off to rest the body. Another thing he believes in is having a good attitude and being positive because that will lead to more success in the gym. check out a popular video of him working out 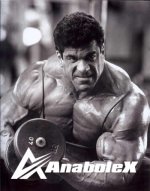 During the 70's most guys ate whole food meals and did not snack. For Lou, he followed what we would refer to today as a low-calorie but high-carb diet. His staple foods were fish, eggs, fruit, vegetables, and other protein sources. 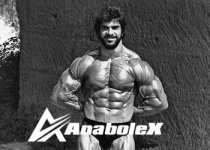 Lou has lived an incredible life and I respect the fact he took a more modest approach to his career path. You won't find many who have anything bad to say about him. I loved that he made a comeback to bodybuilding even in his 40's. Even to this day at 70 years old, he is still dedicating his life to helping others achieve their dreams also. 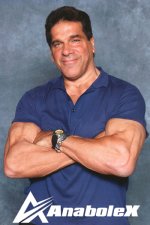 Lou has been a steroid denier his entire life which is fine as it isn't anyone's business what others do. Critics will point to other competitors who have discussed steroids like Arnold and wonder why Lou isn't being upfront. The reality is to compete at Mr. Olympia you need to be using steroids and we can speculate what Lou used then and now.

What Lou may take today as a senior:

"dude was a legend in his own right"

"guy is a monster, I love seeing these older guys diet and cycles"

Lou Ferrigno or Arnold? Did Lou Ferrigno take steroids?
Lou ferrigno steroid use amounts for his size.
Question about jeep swenson
Steroid Laws in Canada vs. U.S
Why does everyone use supplements these days?

Gold
@SteveSmi That's a great Lou Ferrigno article, I like him vs Arnold.

Silver
Lou Ferrigno looks amazing to this day, to be real
Steve to be real good article but why not more info about his beef with Arnold etc?
Not deep dive imo

Red
Lou Ferrigno was a true monster, he should have beaten Arnold.

Gold
Lou was my favorite.

Moderator
hope you enjoy this one

Moderator
100% agree as a senior

Moderator
Exciting article, worth it

Moderator
So awesome the incredible hulk!

Moderator
Great article Steve. Dude was a beast back in the day.

Silver
Interesting guy.
You must log in or register to reply here.