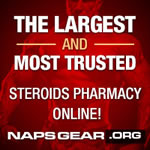 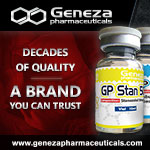 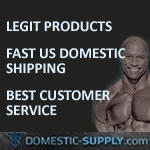 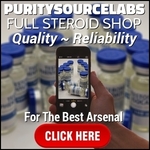 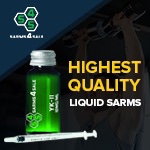 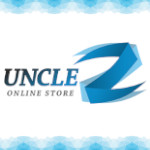 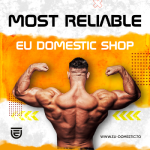 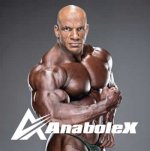 Mamdouh 'Big Ramy' Elssbiay is an Egyptian-born IFBB professional bodybuilder who is the current reigning Mr. Olympia, having won it in 2020 and 2021. He is currently 37 years old and his stats are 5'9'' and an incredible 310 pounds at his peak weight. His contest weight is a whopping 290 pounds with a tiny amount of body fat on his frame.

Here is a video after his 2020 Mr. Olympia victory


In this article, we will take a look at his life, competitions, and steroid cycle. 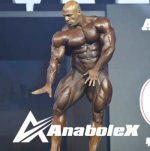 Big Ramy was born in 1984 in Northeast Egypt to a poor family. His early job as a fisherman helped him pay the bills. He moved to Kuwait and fell in love with bodybuilding with the help of Oxygen Gym (a gym franchise based in the Middle East). You can check out a video of what this gym is like here


and it is known as one of the best gyms in the world but also very crowded.

When someone is gifted at something it does not take them long to excel at it and Big Ramy had incredible results within a short time. He displayed a combination of massive size along with being lean at the same time, which is what people spend a lifetime trying to achieve. He entered the 2012 Kuwait Golden Cup and won it. That same year he earned his pro card by winning the 2012 Amateur Olympia Kuwait. 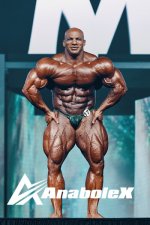 Big Ramy's early professional career was panned by some due to his rapid rise and inexperience. However, his first year as a pro he proved his doubters wrong by winning the 2013 New York Pro. He also competed at his first Mr. Olympia that year and finished in 8th place, ahead of Branch Warren.

As Big Ramy steadily improved a lot of people started taking notice and his popularity started to increase rapidly.

In 2016, he was up to 4th place at Mr. Olympia, finishing ahead of William Bonac and Roelly Winklaar, then the next year at the 2017 Mr. Olympia he got 2nd place behind Phil Heath. 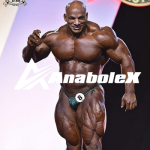 The 2018 Mr. Olympia was not kind to him, he fell back to 6th place. It was revealed that injuries had caught up to him and he needed to take time off to heal his body. He skipped the 2019 Mr. Olympia for this reason, and it would prove to be a smart move.

In 2020, Big Ramy knocked off the champion Brandon Curry to win his first Mr. Olympia championship. The next year he defended his title and won it again. He is currently the two-time Mr. Olympia Champion. He became the first non-American to win the title since Dorian Yates in 1997. 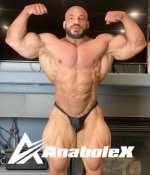 Big Ramy has an incredible physique and his back is legendary. He loves to train his back and follows a pyramid style of training where he does 5 sets of back exercises at 8-14 reps. Another thing he likes to do is mix in both machines and free weights.


Another legendary workout he likes to do is arm day. Big Ramy has arms as big as a person's head along with incredible vascularity. He likes to implement heavyweights when he trains them and alternates between biceps and triceps with solid form. 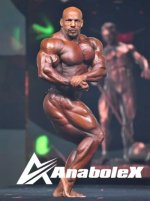 His leg training makes us believe he would be just as successful as a powerlifter if he had chosen that route. He is known to squat 500 pounds for 6-8 reps even ahead of his competitions just because he can. 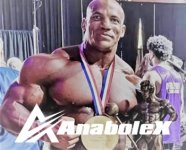 To maintain a huge physique Big Ramy eats a lot of food but it is of quality.

Big Ramy also partakes in Ramadhan once a year where he will fast for 1 month from sunrise to sundown. This means no food or drinks are allowed while the sun is up. This helps him give his organs a break and get healthier.

Big Ramy has 4M followers on Instagram and millions more subscribers to his youtube and Facebook channels. He markets various supplement brands, posts pictures of himself, videos, and other bodybuilding related things.


Here is a motivational video of him from youtube. 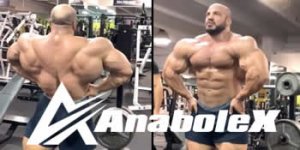 I would describe Big Ramy as a real-life monster. His physique is incredible and he is blessed with top .0001% genetics. Even though he did not have the economic advantages of his American counterparts, he was still able to beat all of them 2 straight years at Mr. Olympia. If he chooses to compete again he can easily add 1 or 2 more victories to his record, however, I can also see him calling it quits to focus more on his family and business. 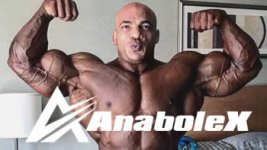 According to some reports Big Ramy has had sponsorships from actual steroid pharma companies around the world. In the Middle East, steroid laws are much different than in other places, and steroids can be acquired easily and cheaply in many cases. In fact, in both Egypt and Kuwait, they are completely legal and as simple as going to a drug store and buying Tylenol.

To achieve this sort of mass you need genetics, diet, training, and steroids. There is a lot of speculation on what Big Ramy used to become Mr. Olympia and we have seen some crazy cycles offered online. Based on insider knowledge of what these guys are using today we can guess his cycle looks like something like this: WARNING DO NOT try this at home.

"Expect him to win several more Mr. O's if he wants it"

"He deserves to win easy, he is big, but Markus and Ronnie bigger"

Steve Smi (Also known as Steve Smith), has over 12 years of experience in the bodybuilding and fitness industry. He's the co-Host of the popular Evolutionary Radio Podcast - over 500,000 listens! He has been a personal trainer and writer for the last 10 years with over 1000 articles written. He's been a moderator on forums for over 10 years. Steve holds the following certifications and records: NASM Personal Trainer NASM Fitness Nutrition Specialist Florida Local Powerlifting champion Top writer for 2019 Fitness rated
Last edited: Jan 6, 2022

Moderator
2 straight years mr. olympia, can he do 3 straight?

Gold
Big Ramy is huge but he's not toned or ripped.

He shouldn't be mr olympia IMO.

Moderator
wow he was a fisherman, that is crazy

Red
bros big ramy is not mr olympia he doesn't deserve it, he's not even lean

Silver
big ramy is a big blob of muscle no cuts

Red
bro big ramy should not get mr. O cause he not american PERIOD

it american award, guys like arnold who true americans deserve to win

Silver
Big ramy is a fool with too much muscle

JasonPriest said:
wow he was a fisherman, that is crazy
Click to expand...

Invested some winnings into a 3rd boat for the family

Moderator
It counts for something, since he won it twice

Moderator
He is a beast!!

Moderator
Dude is an absolute monster!

GHgut4life said:
Big Ramy is huge but he's not toned or ripped.

He shouldn't be mr olympia IMO.
Click to expand...